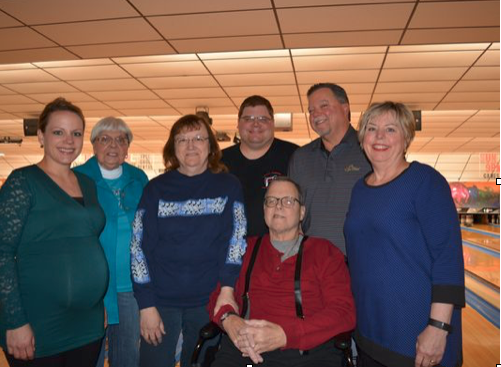 Three generations of the Bair family have been involved in the bowling business. They are, from left to right, Kristen Bair Gessner, Cathy Bair, Jackie Bair, Steve Bair, Greg Bair (seated), Mike Bair and Mary Bair.

"Our goal is to make sure Hanover Bowling Centre continues to be a wonderful place to bowl and our customers and employees are happy," said Mike.